In Part 1 of this article, we discussed how landfill diversion rates are stagnant, single stream contamination is growing, waste stream composition is changing and asked the question: What can we do to make greater use of the more than 400 hundred million tons of materials that are discarded each year in the U.S.?

Recycling has been around for the entire 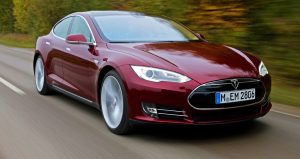 history of garbage, but modern drop-off or pick-up programs were first introduced in the 1960s with the advent and growth of aluminum beverage cans that were much cheaper to recycle than to manufacture from virgin materials. But formal recycling really started to pick up steam in the 1970s with the launch of Earth Day, the Energy Crisis and the formation of the US Environmental Protection Administration. Originally, and do this day, residents at drop-off centers pre-separated materials by cans, paper, cardboard and color of glass (when I started volunteering at the Tiburon, CA drop-off recycling center in 1972, plastic containers weren’t a major component of the waste stream yet).

As volumes grew with the advent of curbside recycling and new container types were introduced, the material recovery facility (MRF, pronounced ‘Murf’) was born. Initially, its job was to separate different kinds of cans and bottles from each other. Then, single stream was introduced and MRFs became more complicated as different types of materials became mixed. Participation rates and material diversion grew significantly, but these gains are now becoming offset by contamination and consumer fatigue. Despite these shortcomings, the next logical step in this evolution of material recovery is mixed-waste processing, which is where we are today.

Early efforts at mixed-waste processing have led to the development of the “dirty MRF”, which is a conventional single stream material recovery facility with a couple of extra bells and whistles. With dirty MRFs, I am reminded of the saying of radio and television journalist, Eric Sevareid, who remarked: “The chief cause of problems is solutions.”

The original MRFs work reasonably well on the single and dual-stream material flows they were designed for. However, today’s dirty MRFs essentially are like a golf cart with a windscreen that’s being sold as a family vehicle. They are being asked to do something that they were not designed to do and, not surprisingly, do not do it very well. And while a golf cart and a Tesla are both electric vehicles, no one would make the mistake to equating the two.

Because it has not worked very well to date, (think of the IREP in Montgomery, AL) opponents of mixed waste separation strategies have ample fodder for their arguments about the lack of effectiveness of dirty MRFs and mixed waste processing strategies. By and large, the post-sort materials from most dirty MRFs are highly contaminated, which means that the environmental benefits from route reduction are exceeded by the embodied environmental footprint of landfilling material that could and should be recovered. For this reason, today’s dirty MRFs are not the answer to greater material recovery.

However, if we are to truly move to a system that makes use of all discarded materials, using physics – density, dimension, and optical properties – at centralized locations ultimately will be a far superior way to separate materials for reuse than relying on millions of well-meaning, but confused and partially motivated consumers. The good news is that emerging mixed waste separation systems, such as those developed by EcoHub, are purpose-engineered from the ground up to process mixed waste and they do work.

A dirty MRF has 10-12 conveyance and sorting steps, but a true mixed waste separation facility needs 50 or more. In addition, to date, only one type of post processing technology is appended to a dirty MRF: an incinerator, gasification/pyrolysis or anaerobic digestion. The mixed waste processing facility of the future will have from three to seven manufacturing and two or more material conversion technology partners co-located each facility and the balance of post-processing partners nearby.

Like the SUV, there are essentially no new machines that are required for a modern mixed-waste processing facility, except the inclusion of a modified shredding step. Patented mixed waste processes utilize machines that have been in use for decades in several industries, including agricultural product processing, mineral refining and, of course, waste management. Because of the long track record of the associated equipment and the engineering know-how involved with modern mixed waste separation systems, they are guaranteed at three levels 1) by the general contractor—which are typically large, global multi-billion dollar companies with extensive industry experience, 2) the system integrator, typically which has decades of experience in the field, and 3) by the individual equipment manufacturers.

Stay tuned for Part 3 of Failure to Separate: The Road to Sustainable Materials Management Does Not Go Through Business As Usual and other hard questions about a mixed waste based system.