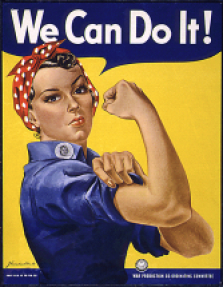 I was watching a show on television recently about the Hubble telescope. After they fixed the lens that had a microscopic defect, the heavens that we had heretofore been blind to suddenly came into focus. One of the interesting experiments they conducted was to focus the telescope on a dark patch of the universe and keep it there for several days. Eventually photons of light came through and revealed a rather startling find: tens of thousands of galaxies were suddenly revealed. As the Hubble has had upgrades over the years, we have learned that we have over two trillion galaxies in our universe and each galaxy has upwards of one hundred billion stars. To make things even more humbling, each star likely has several planets orbiting.

We know the universe is around 14 billion years old and is around 46 billion light years across (consider for a moment that light travels at 186,000 miles per second, or 670,616,629 miles per hour which means that light travels over 5.8 quadrillion miles PER YEAR. Multiply that by 46 billion and then you have the distance from point A to point B). To put this in more human terms; there are more stars in our visible universe than there are grains of sand on all the beaches on earth. While it seems as though our planet is very lonely, it is actually a crowded neighborhood, as well as a big neighborhood. And if you are a bit of a statistics geek like me you can be virtually certain that, given the number of planets orbiting stars, other life is out there.

If you were an alien from another planet and came to observe life on earth you would notice that we are evolving, albeit somewhat slowly, and that we are not exactly an efficient species. While I’m definitely in the camp that making a business case should be made for the environmental issues I promote in my community, I do so because it’s my political reality. I actually think we have it backwards. I think we should first consider the environmental impacts of our actions and justify the business case as a secondary exercise. I say this because measuring “efficiency” through the analysis of capital (of the human currency variety), is a very limited view, like the telescope isn’t in focus and we are missing the bigger picture. Seldom is the environment factored into our consideration of capital efficiency and we look for ways to reduce capital at the expense of the environment. But human currency is not the currency of the planet. Life, driven by chemistry, biology and physics, is the currency of the planet—how “business” is conducted by ‘EarthCo’. If wholly-owned subsidiary, Humanity Inc., consistently underperforms toward the bottom line of EarthCo, it is no mystery how this story will end.

The point of this essay is to simply ask a question….Is “business as usual” the best we can do?

On the solid waste front, we’ve been managing our discards the same way for decades and, in spite of all our efforts, way too much of it is getting burned or buried for me to think that we have the calculus of efficiency right. It certainly does not look like a proper balance when you actually factor in the environment—which underpins our very existence—and our impacts on it.

When the solution that’s getting the most traction in a news article discussing the impacts of China’s threatened ban on imported recyclable commodities, which is currently making the rounds of every municipal solid waste department in the country, is to allow collected recyclables to be buried or burned, then we know things are seriously out of whack.

Is what we are doing the best we can do? If we accept the hierarchy of reduce, reuse, recycle, discard as the top waste management techniques in the pyramid of choices then why is the pyramid turned upside-down in terms of what we actually DO? We need to fix our lens. We need better metrics, and greater commitment to the hierarchy, as well as bringing attention to the costs of what we’re doing if the hierarchy isn’t factoring in all the costs, maybe in ways we’ve never considered measuring.

While, statistically, it is almost certain that other life out is there, for now we are on our own. So Humanity Inc. will have to figure out how to be ‘profitable’ within the business model of EarthCo. Our challenge is think a little bigger about how humans fit within this complex web of Life.

*A version of this piece appeared in the 2017 Annual Report of the Northeast Resource Recovery Association. I would like to thank Rob Watson for sharing his ideas about the “currency of the planet” for this update.