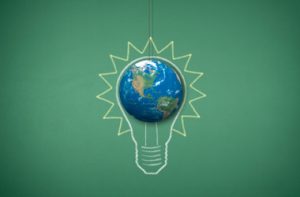 A running joke circulated during my graduate school days that prompted critical thinking on complex issues- Question: “how many students does it take to screw in a light bulb?” Answer: “None because you can never reach consensus.”

Such is the quandary of the Solid Waste Environmental Excellence Protocol (SWEEP)—how to reach consensus on issues of such complexity? Opinions are not lacking, viewpoints are developed perhaps based on facts, perhaps based on ideology, but the driver is the nexus of good business practice and responsible environmental stewardship. Is SWEEP going to the perfect standard incorporating highest and best with each metric? Ask two people and you’ll get two different answers. But the fact that I’m at the table represents an opportunity to have a voice where a small municipality in southwest New Hampshire would likely never have an international forum to consider the context of a small city that thinks their issues to be as real as those of a large city. And yet, I ask myself frequently, what am I doing here, what am I contributing?

My daily work seldom affords the 100,000-foot view. What I do is much more focused on the next load of mixed recyclables being delivered to my recycling facility, which processes around 5,000-6,000 tons per year, in addition to operating an adjacent transfer station that sends out somewhere on the order of 30,000 tons per year. If you do the surface-level math, it appears we run about a 20% recycling rate, but it’s not quite that simple We get trash from a regional market, but not necessarily the recyclables from the same region, so our recycling rate is probably closer to 30% if I factor the trash and recycling solely generated in my community. It’s certainly nothing to crow about. The rearview mirror isn’t so dim that I can’t remember the days where we were hovering in the 12,000 tons of recyclables processed.

So, while we have lost considerable tonnage primarily due to the shifting of fiber material (mixed paper, but mostly cardboard) as well as through other recycling outlets (primarily due to the value of the commodity), we’ve also seen a significant shift to plastic packaging as well as that packaging becoming lighter and lighter each year. In fact, I would argue that we process far more containers now than we did at our peak of processing ton-wise, but the tonnage has not increased along with our exploding volume because the plastic containers in use grow lighter each year (Yes, that’s a good thing…).

The U.S. produces well over 400 million tons of trash each year and my job is to deal with a very tiny drop in that bucket. Seldom does a week go by when a citizen asks me why they can’t recycle some item or other at the recycling center. The answer usually is: in order for a material to be recycled, it has to be generated in a marketable quantity. Let’s take #3 plastic—popularly known as PVC—as an example. PVC is most certainly sold in our community. If we accepted it at the recycling center it would require sixteen cubic yards of material to produce one bale. To have a truly marketable quantity, it is almost always required to have a full trailer load of material, which, depending on bale size could be between 20-24 bales. At the projected generation rates of that specific material it could literally be several years of collecting #3 plastic before I had a marketable quantity. We just don’t have the storage space available to collect material generated in such small amounts to be practically recyclable in a small municipality. But at the 100,000 foot view, these small ‘drops’ of material become something much more significant. According to the EPA, approximately 840,000 tons of PVC disposed of each year. Given how low EPA’s national disposal figures are compared with what the landfills report, this quantity could easily be 1.5 million tons. That’s a big number! Could a business be set up to reclaim that amount of #3 plastic were available as a feedstock? Probably yes. And therein lies the dilemma-economies of scale that can’t be achieved at the small municipal level…yet.

I’m not satisfied with the fact that 70% of the discarded resources generated in my municipality will end up in a landfill 100 miles away. I’m excited to have a seat at the table to discuss these issues at a high level. In time, I believe that we can change the momentum of the way we currently deal with wasted resources. If 60% of the over 400 million tons generated each year is either burned or buried, is this the best we can do? As I occupy my seat on the SWEEP Steering Committee, I will continue to say, No, this is not the best we can do. Through SWEEP, we can help frame the overall value inherent in the materials we throw away, and incentivize better economic and environmental performance by providing a framework that describes best practice policy, encourages market development, and common sense approaches to evolving business as usual into business as possible (even necessary).