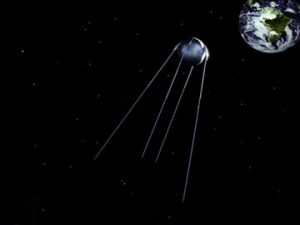 China’s announcement on Tuesday July 18th that it was banning the import of mixed paper and plastic, effective January 1, 2018, fundamentally changes the structure and dynamic of the global recovered paper and plastic scrap commodities market. In a press statement issued that same day, Robin Wiener, President of ISRI, the largest recycling trade group in the U.S., stated, “A ban on imports of scrap commodities into China would be catastrophic to the recycling industry.”

In 2015, these two materials represented 40 percent of the total commodities volume traded globally—but less than 20 percent of the value—according to data compiled by the Institute of Scrap and Recycling Industries (ISRI) from the UN Comtrade Database. China is by far and away the largest importer of these two recovered products. China imported over 10 million tons of plastic scrap in 2015, representing 67% of world demand and 29 million tons of recovered paper, just over half the global volume.

According to the recent “The 2016 State of Curbside Report” by the Recycling Partnership, 82% of cities with curbside recycling use the “single stream” method where paper, cardboard, plastics, metal and glass are comingled into the same container. This contrasts with “dual stream” which separates paper and cardboard from metal, plastic and glass.

Dissecting the contents of a “typical” residential single stream bucket makes the outlook bleak for municipal recycling programs. Contamination with non-recyclable materials now averages 16 percent and glass is another 4 percent of weight, so 20 percent of the contents are essentially worthless and are mostly landfilled (we are treating ADC as landfilling). Looking at the single stream recovered materials China has banned, mixed paper is another 44% and mixed plastics are 5 percent. So, by the beginning of next year, approximately 70 percent of the US single stream volume will not be cost effective to process, which may leave municipalities the unenviable Hobson’s choice of whether to continue losing huge amounts of money on recycling or doing away with it altogether.

It is not yet clear how the EU will respond to the challenges China’s new position poses. It may result in growing a new recovered material manufacturing industry, or it may provide a high-energy input to the large amount of incineration capacity that is currently begging for fuel.

In the US, we need a “space race”-like program to create a Waste-Free™ America Initiative that rebuilds our 1970s recycling industry into a 21st century closed loop structure. Such an initiative would be consistent with the Trump Administration’s push for revamping infrastructure and meet the goals of the Zero Waste Development and Expansion Act of 2017, making this a truly bipartisan effort.