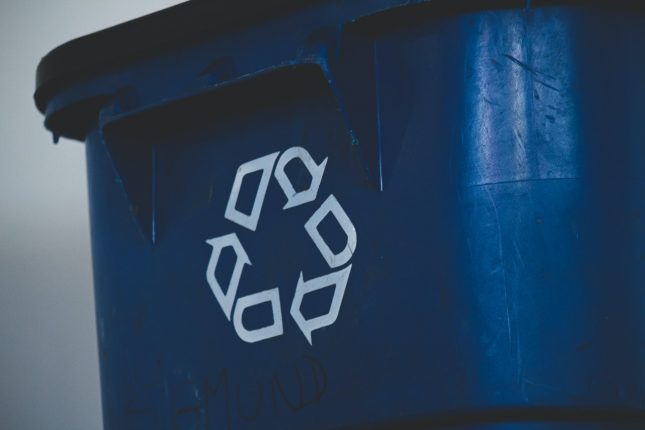 This coming June I will begin my 30th year working with the City of Keene, New Hampshire. I started fresh out of graduate school, full of ideas, determined to save the world through recycling. Today, I’m currently finishing my book titled Tales from the Dump, Life and Death at an American Institution, which chronicles my three decades of work at the community level to build awareness, develop infrastructure, and oversee an operation that has processed and diverted thousands of tons of material from being burned or buried. I suppose in many ways I could be content to rest on my laurels. I grew a program from almost nothing, and my work has received lots of recognition over the years. Yet, in spite of this programmatic success, I’ve come to the conclusion that the current system has reached the limit of its potential in the U.S.; it’s structurally not possible to transform the current approach of people-centered recycling, with diversion rates topping out in the 20-30% range, into the needed 80+% diversion range.

My master’s thesis 30 years ago posited that recycling education was the way to the Promised Land of impressive recycling rates. My research showed that communities that invested in education had higher diversion rates, but it also showed that education would never get us to what was known then as the holy grail of 40% diversion—a rate which today seems laughably low in the face of current needs, were it not for the fact that my community’s diversion rate hovers in the mid to high 20’s.

The hard truth is that what we are doing is far from optimal and cannot be made to work any better. If I had to use an analogy, I would say that we are stuck in the wooden wheel phase in the development of the wheel. Most people seem content with the status quo. Yes, there are always naysayers claiming recycling is not worth the effort, and those arguments have largely been countered with empirical evidence that demonstrates that recycling does provide a host of benefits, both economic and environmental. My beef with recycling is that we are asleep at the wheel, and we aren’t thinking big enough.

The private sector nudged the world a small step in the right direction by introducing single stream recycling. Yet, the promise of this approach now seems more like going from a solid wood wheel to a wooden wheel with wooden spokes, rather than a high-performance steel-belted radial. It’s no wonder that under-performance is an issue when we put wooden wheels with wooden spokes on a vehicle that was being touted as capable of reaching speeds of 200 mph.

Single stream facilities have grossly exceeded their cost projections while producing products that are of marginal quality with a significant residue rate, which only serves to shy away elected leaders from being bold enough to see that there is a better way. The great news is that there is a better way, and it will be much less expensive than what practically every community across the country is doing right now. The bonus is that “the better way” addresses the barrier to meaningful diversion—convenience. Because we already know how to build a car that can go 200 mph, one that is outfitted with better ‘tires’ to keep the car on the road.

In this new ‘vehicle,’ the collected material is delivered to a centrally located transfer station and then is transported to a processing facility that leapfrogs the ‘wooden spoke’ facilities and puts the inbound material through a 50+ stage sorting process that achieves diversion rates of 80% and above. The frosting on this cake is that communities won’t have to put up any money to fund the infrastructure for new recycling centers. In fact, fewer trucks would be needed to collect the material at the point of generation because all the material can be collected in a single bin. Do you want an extra slice of cake with delicious frosting? That material that’s been sorted is now feedstock for manufacturing facilities co-located at the same site to produce finished goods.

Yes, a facility with this kind of technology is expensive, as they are designed to handle a thousand plus tons per day. We decry the lack of manufacturing facilities while also lamenting our low recycling rates.  Two birds, one stone. I’ll say it again—in the aggregate, these processing facilities will lower waste disposal costs, increase diversion rates, and cost municipalities next to nothing to build the infrastructure.

What does a community need to do to become part of this next generation? Commit their waste stream, and agree to a term of 20 years at an effective fixed rate with escalators that will be much lower than current costs. That commitment would come with ample protections in the event the technology does not perform. This is not some science fiction fantasy. All that is needed is the critical mass to fund one of these facilities for proof of concept. It’s the perfect blend of public-private partnerships but needs the government to lead by endorsing development. Because if you build it, people and material will come. We can do better. We have to do better.