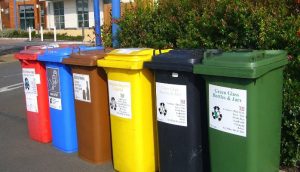 Of all the sustainability attributes that marketing departments consider putting on a package, none are coveted so much as recyclability. And fortunately for marketing departments everywhere, many types of packaging can be called “recyclable”. Throughout the packaging community, the Federal Trade Commission’s rule is widely known: an item may bear an unqualified claim of recyclability if at least 60% of the population – that’s a “substantial majority”, in FTC language – has a recycling facility available to them capable of processing the item (it’s formally a guideline, but taken as a rule). A number of studies have been undertaken to quantify the percentage of the population with recycling programs accepting various types of packaging, and the most comprehensive study, the SPC’s Centralized Study on the Availability of Recycling, found that recycling programs are available to the substantial majority of Americans and those programs accept all major types of packaging. Many types of packaging were found to have astronomical rates. For instance, 94% of Americans have an available recycling program that accepts aluminum cans. 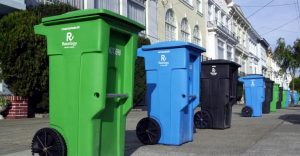 There’s another curious case to be found when looking at recycling rates and the provision of recycling programs: PET bottles are just as recyclable as aluminum cans (94% of Americans have an available program that takes them), but their recycling rate is 31% – a significant drop from the rate of aluminum cans. But before concluding that Americans simply choose to recycle aluminum cans more than they choose to recycle PET bottles, it’s important to think about where waste is generated. PET bottles dominate the soda market, while aluminum cans dominate the beer market. Soda tends to be consumed on-the-go, while beer is probably better suited for at-home consumption. Their difference in recycling rates reflects the difference of recycling receptacles at-home versus away-from-home! The provision of conveniently available recycling goes beyond residential programs. Recycling receptacles are needed everywhere garbage receptacles exist.

This is the opportunity for SWEEP. Best practices in providing recycling are known, and SWEEP is poised to define and proliferate those best practices. Communities and companies should be recognized for activities that promote convenient recycling, such as automatically providing curbside recycling at home, away-from-home recycling receptacles, and recycling programs at apartments – another area sorely lacking in convenience. By defining and rewarding best practices, we can combat the low and stagnant recycling rates in the U.S. and fully realize the potential to productively repurpose discarded materials.