This article was originally published by Resource Recycling. 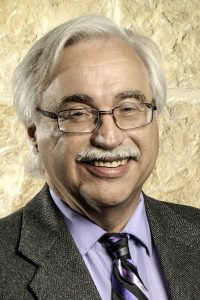 On Feb. 1, 1968, two City of Memphis garbage men, Echol Cole and Robert Walker, were crushed to death by a malfunctioning truck. Twelve days later, frustrated by the city’s response to the latest event in a long pattern of neglect and abuse of its African-American employees, 1,300 African-American men from the Memphis Department of Public Works went on strike. On March 28, Martin Luther King Jr. led a march of 6,000 people in Memphis in support of sanitation workers’ fight for dignity and fair wages. On April 4, King was assassinated on his return visit to Memphis to address the sanitation workers’ concerns regarding better safety standards, pay equity and respect as city workers.

Today’s recycling industry, born out of yesterday’s sanitation collection methods, must address the remaining safety issues and wage inequities that Dr. King protested 50 years ago. According to the 2016 Census of Fatal Occupational Injuries, released in mid-December 2017 by the Bureau of Labor Statistics, trash and recycling collectors are the fifth most dangerous profession in America, as measured by fatalities on the job.

Fifty years have passed since the Memphis protest for safer working conditions, and yet we still need to do more on job safety. Did you know that the average trash and recycling truck on the road today does not have operational air conditioning or heating? Did you know that vehicle seats are often made of plywood without padding? Can you operate a vehicle 8 to 10 hours a day in high heat and humidity without air conditioning? Consider the health effects on our workers. Consider the effects on employee turnover. Consider the dignity and respect of the workers.

Fifty years ago, sanitation workers were the lowest paid of any city work class in most major cities, including Memphis, as noted by Dr. King. Pay inequities still exist today with collection workers often earning less than vehicle drivers from other city departments. The pay equity issue deserves attention in the private service industry as well. Our recycling collection and processing workers deserve the dignity and respect of equity in pay, across other work divisions, including race and gender equity in the ranks.

The National Recycling Coalition represents over 6,000 members across the recycling industry. We ask our members to address safety and pay equity issues as a priority with trash and recycling workers. We ask for a national dialogue to search for means to reduce the occupational deaths and injuries in our field, and we reach out to other solid waste and recycling associations to collaboratively create a national recycling safety council to address our safety concerns. Together we can create an action plan to improve the lives of our collection workers. It’s time to search for solutions on the issues that Dr. King conveyed 50 years ago.